Event and Festival information for the year 2022 is available on this page as well. Fireworks festival is separatedly listed in the far bottom of this page. Flea Market information and Sumo Tournament schedule are available at OSUSUME1. List below also shows popular one for the year 2022 (3rd pandemic year!) ....... August onwards shall be updated when available.

January 2022
1st : Hatsumoude
It is the first-shrine-visit of the New Year in Japan. Some people visit a Buddhist temple instead of Shinto shrine. Asakusa Jinja Shrine and Sensouji Temple have several millions of visitors over the three days, January 1st, 2nd and 3rd. It is only some percentage of 40 million people throughout the year.

7th : Daikon Matsuri
One of the 7 gods (kami sama in Japanese) of Asakusa, Matsuchiyama Shouden, loves radish (daikon in Japanese). Starts 11:00am.

1st : Edo Nagashibina (#36)
This traditional ceremony is a seasonal event of early spring on Sumidagawa (Sumida river) to widh for children's good health by washing the sins of the body away on a river along with paper dolls. 12:00 noon to start right at the Azuma-bashi (Azuma-bridge) near to the ferry pier.

11th, 12th, 13th : Art Fair Tokyo 2022
It is held in Tokyo Forum, one of the must-visit architectual building next to Tokyo station.

18th : Kinryu no mai (Jimai) and Honzon-Jigen-e and Mikoshi Up and Down
Dedicatory of golden dragon dance is performed in Sensouji Temple, which is based on the legend that 1000 pine trees from the heavens suddenly appeared over night near the temple on March 18th AD628. Hourly performance at Asakusa Jinja are worth visiting.

8th : Bussho-e (the birthday of Buddha)
The origin of course comes from Nepal and Inida (via Tibet, China, Korea, and via Sri Lanka, Myammer, Thailand). Here in Japan, also known as flower festival, high time to visit Sensouji Temple.

Second Sunday : Shirasagi no mai (Jimai)
The origin of this ceremonial dance is found in a historic picture scroll owned by Sensouji Temple, dressed in the traditional attire of Heian period and the costume that represents white herons.

17th : Yabusame
13:00 (1:00pm) starts. Yabusame or the horseback archery had been practiced as a New Year event in the Edo period. Now modern days, any month of the year, you may practice. In Asakusa, it takes place every year in Sumida Park. A parade will also arrange from Denbouin Temple to Sumida Park.

5th : Takara no mai
The treasure dance which celebrates the blessings and goodness of the Kannon, the treasure ship called Takarabune is pulled by childrens of kindergarden in Sensouji Temple.

3rd, 4th, 5th : Saitama Bonsai Festibal (#39)
DaiBonsaiMatsuri in Japanese is held in some 30km north of Ueno. Hikawa Shrine and Omiya Koen are worth visiting along the Bonsai town.

15th : Kanda Myoujin
Just south of Akihabara, north of Imperial Palace. One of the top three matsuri festival in Tokyo. Every 2 years, not 2022 but yes 2023 (in "low" performance due to the virus).

14th, 15th : Sanja Matsuri
It is counted among the three great festivals originated in Edo and still remains as the important event of Tokyo. The excitement of the carriers of miniature shrines represents the energy of the capital city.

22nd : Yushima Jinja Shrine
It is popular like Sanja Matsuri Festival. South of Ueno is hot this Sunday!

(not held on even-number-year) : Kuramae Jinja Festival
Every 2 years, not on 2020 but yes 2021 (although, cancelled) and not on 2022 but yes 2023. Kuramae Jinja Shrine was originated in 1693, the time of Tokugawa Tsunayoshi. Short walk from Asakusa, Tawaramachi. K's House is just around a corner. One of the Sumo origin temples in Edo era.

9th : Torikoe Matsuri
Torikoe Jinja Shrine holds a festival and its highlight of outstanding Mikoshi which is known as the heaviest (it weights 4000kg!) one in Tokyo. Lanterns are hung on the Mikoshi and it returns to this shrine surrounded by highly held lanterns.

7th - 17th (cancelled) : Hie Jinja SanNoh Matsuri, main called JinkoSai
JinkoSai helds every 2 years, yes 2020 (but cancelled) not 2021, not 2022 (cancelled). One of the three biggest Edo festival in Tokyo. Other 2? They are Kanda and Tomioka (Fukagawa). Offical Jinja website is here at this page.

29th and 30th : Ofuji-san Ueki-ichi at Sengen Jinja in Asakusa
Bonsai and plants fan gather every year at this Asakusa Shrine.

30th : ChiNoWa KuGuRi at each shrine
Many shrines of downtown Tokyo hold this sacred event throughout the week. Torikoe, Yasaki Inari, Shitaya, Asakusa, Imado and more here in Taito-ku.
July 2022
(June 30th) and 1st : Ofuji-san Ueki-ichi at Sengen Jinja in Asakusa
Bonsai and plants fan gather every year at this Asakusa Shrine.

(cancelled) : Iriya Asagao Matsuri
Started in the Edo period. This Morning Glory (Asagao) Festival attracts about 400,000 visitors every year to iriya kishibojin temple. It is one of the seasonal charms of summer.

8th, 9th, 10th : Shonan-Hiratsuka Tanabata Festival (#70)
One of the biggest Tanabata festivals held in Kanto region, south of Yokohama, actually near to Kamakura, about 1 hour train ride from Tokyo.

(cancelled) : ShiTaMaChi Tanabata Festival (#35)
Star festival is held in Kappabashi hon dori street. People decorate branches of bamboo with strips of paper and write their wishes on them. Only 1 minuted walk from Tokyo Ryokan.

9th and 10th : Hoozuki ichi (Shiman Rokusen Nichi)
About 250 stalls will be set up to sell ground cherry pods and wind-bells within the Sensouji Temple grounds. People in Yukata stroll around the temple and the air will be filled with festive atmosphere touched by the breezy sound of wind-bells.

Mid-Late July : Ueno Natsu Matsuri (Summer Festival)
Main event and parade are held on this day but whole Matsuri = Festival is going on from mid-July to late-July.

(cancelled) : Sumidagawa River Fireworks Festival (#45)
It is one of the largest and most famous fireworks festival in downtown Tokyo. In addition to the display of traditional fireworks, the program also includes a competitive presentation of various new styles created by Japan's top class fireworks craftsmen (in the festival homepage, site 1 near Sakura Bridge area).

13th : Tourou Nagashi
Pray for peace, this year especially. Your warm thoughts flow back into mother nature, Pacific Ocean and onwards (to whole universe). Tourou Nagashi will be taken place along Sumida River, next to Asakusa station. 18:30 (6:30pm) - 20:00 (8:00pm).

Cancelled : Shimokitazawa Awaodori
It is the collaboration of Tokyo and Tokushima of Shikoku island (famous for the 88 temples). One of the best summer authentic festival held in downtown.

19th : Tokyo Jazz Festival
It is a popular autumn festival in downtown Tokyo. Together with this, Asakusa has HUB for your Jazz Life, Subtone is highly recommended for Suntory Whisky back of Tokyo Ryokan in NishiAsakusa, there is also Jazz Tempura restaurant nearby.

Cancelled : Koenji Awaodori
It is the collaboration of Tokyo and Tokushima of Shikoku island (famous for the 88 temples). One of the best summer authentic festival held in downtown.

27th and 28th : Harajuku Super Yosakoi (2022)
It is the collaboration of Tokyo and Kochi (Kouchi) of Shikoku islannd (famous for the 88 temples). One of the best summer creative dancing festival.

September 2022
6th : Taito Takigi Noh
Fire or Takigi displayed beside the stage makes you feel some special sort of spirits while the Noh performance is held. This will be taken place at Asakusa Sensouji Temple.

18th, 19th, 20th, 21st, 22nd, 23rd, 24th (every night until 21:30) : Asakusa Tourousai
Tourou Nagashi (lantern boat) is available at Sumida river. The lantern light leads you to the spiritual world, very romantic, very oriental. You just need Rokumonsen (JPY6) to cross the river to nirvana. Let's not possess too much, dis-attachment is the way to live, well, death is helpful to understand life.

17th and 18th : Asakusa Samba (not Carnival but) Festa
It is a popular summer "tradition" in Asakusa. The highlight of the event is a spectacular parade of dancers in colorful costumes, including those from Brazil, the birthplace of samba, origin of the passion. Held on Kaminarimon-dori, parade goes from east to west. 500,000 people watch dancers hot in the air.

18th : Kinryu no mai (Jimai) and Kiku Kuyou e
Dedicatory of golden dragon dance is performed in Sensouji Temple, which is based on the legend that 1000 pine trees from the heavens suddenly appeared overnight near the temple on AD628. Chrysanthemum, Kiku in Japanese, has special meaning to Japanese hearts. Most seen flower in grave yards, and of course on front page of Japanese passports.

(mid-October) - mid-November : Asakusa Kikukaten
Chrysanthemum, Kiku in Japanese, has special meaning to Japanese hearts. Most seen flower in grave yards, and of course on front page of Japanese passports.

2nd, 14th and 26th : Torino ichi
It is an annual traditional festival held at shrines and temples nationwide on set days of rooster according to Zodiac Calendar to wish good luck and business prosperity. From 12:00 mid night (0:00am) to 24:00 (12:00pm) yes, 24 hours each day. Usually 2 times in November, some year has 3 times in the same month called ichi no tori, ni no tori, san no tori, watch out for fire break out! 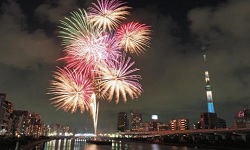